The History of Our School 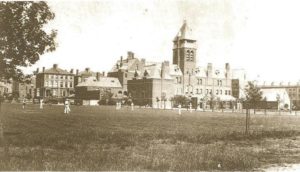 St Charles Catholic Primary School was built in 1954. However the story begins in 1872 when The Oblates of St Charles, under the supervision of Henry Manning (Later Cardinal Manning), acquired a two acre square of beautiful and undeveloped land in North Kensington. The Oblates were looking for a location to build a new college for Roman Catholic boys as they had outgrown their current premises in Moorhouse Road.

The College was finished in 1874 and occupied the site of the present All Saints Secondary School. In 1875 the Oblates bought a further seven and a half acres of land adjacent to the College and built a perimeter wall, most of which still stands today.

The College was a very grand red-bricked building, resembling St Pancras Station. It had a tower 140 feet high with a copper-covered pyramidal spire topped by a Papal Tiara and the Crossed Keys of St Peter.

Its grounds stretched westwards from the current All Saints site to the back gardens of the houses in St Mark’s Road and northwards to include the current Church of St Pius X and St Charles Primary School.

In 1903 the Oblates moved the College community to larger accommodation to cater for the growing number of students. The building remained empty for two years until it was taken over by the nuns of the Sacred Heart Society in 1905 and used as a teacher training college. This had begun in 1874, established by Mother Mabel Digby in part of the Sacred Heart Convent in Roehampton and, like the Oblates of St Charles before them, needed larger accommodation for its growing number of students.

Once established, the Order considered building a school in the Square for the trainee teachers to practice and develop their newly acquired skills. And so, on the 21st January 1907, after obtaining permission and support from the London County Council, the St Charles Demonstration School opened it’s doors for the first time. The School was built on the site of Our present School. It had 154 children on the register and the first head Teacher was called Miss Ada Shepherd, . 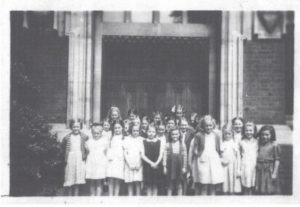 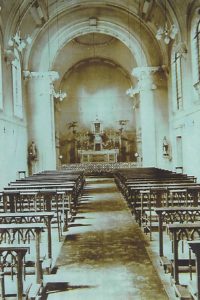 In 1908 the Sisters built a new chapel for the College. It was dedicated to Madeleine Sophie Barat, foundress of the Society of the Sacred Heart. The Chapel was linked to the College by a passageway at the back of the Church where the oratory now is. There was also a passageway on the first floor ending at a room behind the present organ. This allowed sick sisters to hear mass through a hatch. The first Mass was celebrated in the chapel on May 25th. 1908.

The Chapel still exists today on the Eastern perimeter of the Square. It is now called St Pius X and is the local parish church for the area and for the community of St Charles Catholic Primary School. You can still find clues to the Church’s past, including a stain glass window commemorating Madeleine Sophie Barat and the original door which once lead to the College. 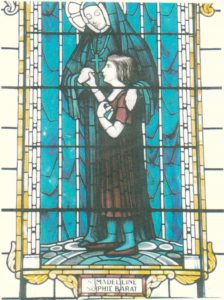 After the outbreak of war the government began preparations in readiness for German bombing raids on London. One initiative was to evacuate all school children to the safety of the country. On 1st September 1939 St Charles Demonstration School was sent to Dorchester in Dorset. The party consisted of 276 children, 12 staff and 16 helpers.

During the Blitz St Charles Square suffered severe bomb damage. The Demonstration school was so badly damaged that when the School community returned in 1943 they had to be housed in the College. The College had also received severe damage and as a safety precaution the children were forbidden to enter certain rooms because of missing ceilings, floors and such. Despite this, our punishment book has entry’s for children being ‘slippered’ for breaking this strict rule. The School continued here until 1954.

In 1946 the site was purchased by the Westminster Diocese. Apart from the chapel and gardeners cottage, the site was leveled to the ground. Over the next four years the Diocese built Cardinal Manning Girls School (later Sion Manning and now All Saints Secondary school) on the site of the College, Cardinal Manning Boys School, (now St Charles Sixth form College), and St Charles Primary School, on the site of the old Demonstration School. The Sacred Heart Sisters left the Square and return to Roehampton. They are still there today influencing teacher training at Digby Stuart College. 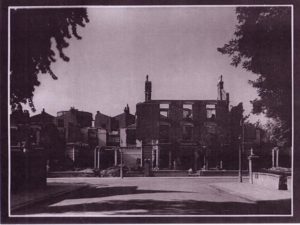 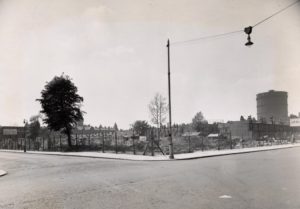 The present St Charles Catholic Primary School opened on the 7th January 1954. It was described in the Kensington Post as “sleek and clean in appearance, well lighted, ventilated, heated and equipped”. It consisted of three infant classes, four juniors classes, an assembly hall, a dining Hall and two playgrounds. In 1961 two more classrooms were added to the dinning hall to create a reception department. All of these rooms are still in use today. The main building has changed little but since then extensions have been added to provide the school with a computer suite, a library, two new classrooms, a larger assembly hall, larger staff room, music gallery and a nursery.

The Legacy of Cardinal Manning 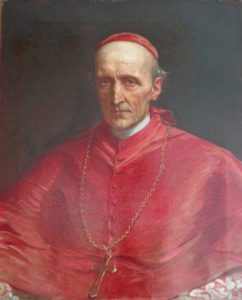 When Cardinal Manning and the Oblates of St Charles built St Charles College in 1872 he probably didn’t realised the full significance of what he was doing. For in doing so, not only was he laying a foundation stone for  a single educational establishment but also sowing the seed that would grow over the years into the strong Catholic Community that St Charles Square is today, educating young people from 3 to 18. His passion, faith and determination for the education and wellbeing of young people was obvious in his words, his writings and his actions. And now the responsibility of continuing his work, which once lay in the hands of the Sacred Heart Sisters, rests with us, the current staff and head teachers.

In addition to the educational establishments, the Square is home to St Pius X Parish Church, the Catholic Children’s Society and the Convent of the Carmelite Sisters.

We have had a number of past students come back to visit us over the years. We have even had a few from the 1920’s! It is always fascinating to hear their story and lean about how the School has changed over the years.
If you are a past pupil and would like to share your story, pictures, etc, with us then please contact Mr Lynch at the School email address.